IoT in Manufacturing: How Industry Benefits From the Fourth Industrial Revolution

The Internet of Things (IoT) has been a steadily rising wave of transformation, and nowhere is this more visible than in manufacturing. While the growth of IoT spending slowed during the COVID-19 pandemic, IDC expects that it will return to double-digit growth figures in 2021, with an expected compound annual growth rate of 11.3% between 2020 and 2024.

What is it about IoT that generates so much interest? According to McKinsey, it’s all about generating value—by 2025, IoT could generate as much as $3.7 trillion per year in value in industrial settings. But even these lofty projections may not be enough to convince a manufacturer to adopt IoT so quickly. In this article, we’ll explore specific applications of IoT in manufacturing, as well as how real companies are already utilizing these technologies. 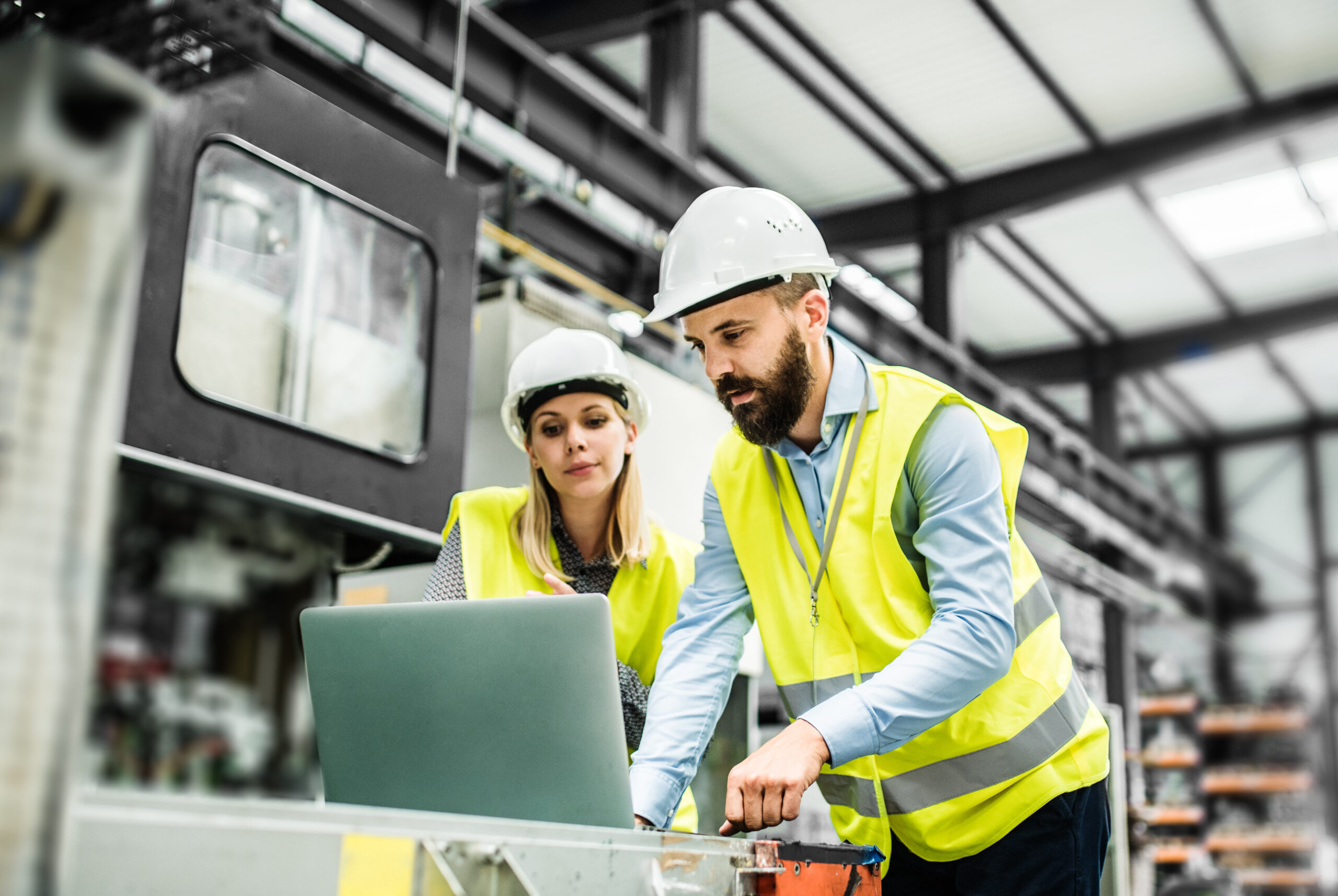 How Are Companies Adopting IoT?

The numbers were already optimistic four years ago. According to a survey by Bsquare in 2017, which included over 300 senior-level decision-makers and influencers across several industries, 86% of respondents were already using IoT solutions. A further 12% had plans to integrate IoT solutions in the same year.

Another survey by PWC demonstrated that confidence in IoT was already high back in 2019. 93% of surveyed executives said that IoT’s benefits outweighed the risks of implementation, and 70% already had IoT projects that were active or in the works. 59% were using IoT to increase the efficiency of their internal processes as well.

It was also clear that these executives were cognizant of the challenges of IoT, and were taking measures to address them:

There’s no doubt that industrial IoT is no longer a futuristic technology, but one that manufacturers today can leverage to improve their processes.

The Benefits of IoT Solutions

How do manufacturers benefit, exactly, from integrating IoT into their factories and processes? We’re list four key benefits as well as real-world examples.

1. Data Collection and Automation at a Process Level

The advantages of IoT are perhaps best seen in the data collection and automation capabilities that they offer to manufacturers. IoT allows for each individual component of the manufacturing process to gather data and receive remote commands. This can improve efficiency and manufacturing yields, which can be used to increase output, reduce expenses, or both.

One example is the addition of Internet connectivity to the PLCs that have been used in factories for decades. These IoT-enabled PLCs can give real-time data about performance and immediately alert production staff when a fault occurs. They also allow for parameters to be changed remotely, which managers can use to improve inefficient parts of the assembly line at any time.

A real-world example of how IoT has improved manufacturing efficiency is Harley-Davidson’s customized motorcycle workflow. Back in 2016, the motorcycle manufacturer used IoT sensors and devices in their factory machines to determine how to speed things up. The data they gathered allowed them to reduce the manufacturing time to six hours, down from a 21-day cycle. In the process, they saved $200 million.

Human error is a major security concern in data management for businesses. A 2018 report by BakerHostetler notes that human error was the cause of the bulk of cybersecurity incidents that they managed: 34% were caused by phishing attacks, while 17% were caused by employee mistakes that led to disclosure of sensitive information.

By using IoT, manufacturers can digitize data management to a greater degree, reducing the number of times that human users need to manually input or send data. Because IoT also allows for remote monitoring, sending reports can be done automatically by the IoT systems without needing to go through error-prone email methods.

Overall, this automation reduces the number of human users who could become methods of intrusion by malicious actors.

Every hour of machine downtime can cost as much as $260,000 for manufacturers, according to Aberdeen Research Group. With manual manufacturing processes, maintenance staff will often have to spend valuable time looking for the problem and identifying a fix, further adding to the costs.

IoT applications can greatly reduce downtime by introducing predictive maintenance. By combining AI and smart sensors, the stability and health of each machine can be closely monitored, and maintenance teams can be alerted to any potential repair or maintenance needs before any critical fault happens. This helps reduce downtime and allows machines to last longer.

IoT can also improve workplace safety through a combination of unique technologies.

Smart factories that implement IoT-enabled smart sensors at scale will provide constant feedback on the status of the manufacturing floor. If any accident occurs, the entire facility can be alerted of potential hazards, with machines pre-emptively stopped and maintenance staff dispatched to minimize the risk of worker injury.

One concrete example of this are smart hardhats, a collaboration between construction firm Laing O’Rourke and digital solutions provider MOQDigital. These hardhats featured several sensors that tracked the wearer’s location, heartrate, ambient temperature and humidity. The hardhats would warn wearers if they were in danger of suffering from heatstroke long before any symptoms would arise. They would also alert wearers to any workplace hazards by emitting sounds or vibrating.

IoT: Not the Future, but the Present

IoT-enabled devices are already in widespread use across manufacturing, and they’ll only continue to grow in adoption rate—as well as value provided. While there certainly are risks and costs associated with this adoption, it would be a severe competitive disadvantage not to have a plan of action that involves IIoT.

At Reekoh, we are experts in helping you adopt industry-leading IoT solutions that have measurable benefits all over your manufacturing chain. Our platform integrates data collection across all parts of your workflow, even with disparate frameworks and ecosystems in place. Our solution can work with your unique needs thanks to an array of powerful integrations that work out of the box.

Ready to move to IIoT? Contact us now and request a demo and a consultation.